Soraya is 40 years old and grew up in a devout Sunni Muslim family. Her father is an imam in a mosque, and the family is very influential. Because Soraya was from a Muslim family, she prayed often and Allah was at the centre of her life. She prayed five times per day and fasted on Mondays and Thursdays, as any devout Muslim would. She wanted to be a servant of Allah and often read the Koran and taught. As an adult, she taught other women how to grow deeper in their faith. She wore a niqab (a cloth that covers the face) every day; her parents were strict and she was never allowed to go out alone. Soraya’s big dream was to study at a university but her family thought it was in­appropriate.

Soraya’s family situation was very strained for a time. Her husband had left her and she felt abandoned and without hope. One night when she was completely despondent and felt she could no longer deal with her chaotic situation, she called out to Allah in esperation for help. That same night she had a dream. In the dream, she sat with friends when three men appeared. The man in the middle said: “Come and follow me, I will help you!” Soraya had learned that women weren’t allowed to go with men, so in her dream she refused to follow the man. When the man left, she asked her friends: “Who was he?” They answered: “Jesus.” She then ran after him and shouted: “Jesus, I want to follow you!” He smiled at her and with love in his voice, said: “Tell all the others to meet in one place, and then I will come and tell them who I am and show my love to all of you.”

When Soraya woke up from her dream she remembered she had spoken with Jesus for a long time. At that time, Soraya’s family had begun to control her more and more. She no longer felt safe, and a month after the dream she ran away from home and fled her country. After 40 days of fleeing through many different countries, she made it to Europe and was given her own apartment. Soraya felt sick in her body and soul, feeling deeply depressed and often crying. She couldn’t tell anyone in her vicinity how she was feeling because she couldn’t speak German or English, and no one around her could speak her language. Two Christian women began to help her, taking care of her with such compassion she thought they were like angels. She was surprised they showed so much love for her.

The women thought she was depressed be­cause she missed her homeland and couldn’t talk to anyone in her language, so they helped her buy a satellite dish so she could watch TV shows in her own language. One day Soraya found a channel broadcasting Christian pro­grams in Farsi. She listened to these and learned a great deal about the Christian faith and about who Jesus is. When Soraya prayed along with the pastor on television, she felt better. She received hope and new strength, but she still did not have the courage to believe in Jesus. She had forgotten the dream she had about Jesus back in her country. Later, she became ill, and didn’t know where she could find help or even what a health clinic was. She became con­vinced that her illness was a punishment, and prayed both to Allah and to Jesus.

A month went by without any physical change, but because of the prayers, something happened within Soraya and her heart softened. One night, when she was in a great deal of pain, she called out in desperation: “Jesus, show your power now, I want you to heal me!”

Later she watched a program on the Chris­tian television channel about healing. She had heard many testimonies about people being healed, so she said to God: “Show me!” At that moment, the pastor started to pray and Soraya, prayed along with him. The pastor talked about how he saw a woman sitting in her home. He described a woman who was in the exact situation that Soraya was in and had the same symptoms she did. “Jesus wants to heal you and take away all of your doubt” said the pas­tor. A warm wave went through her body and she was filled with the words: “Jesus is Lord”. She was completely healed from her illness and freed from her doubts. Now she had the courage to believe and trust in Jesus. She accepted him with all her heart and was filled with an immense love. Soraya had a fear of the dark her entire life, but now she felt safe. She knew Jesus was with her and took care of her. She was also healed from intense migraines which she had suffered since childhood.

All this happened within six months of her arriving in Europe. She received a Bible in her own language; has forgiven her family who hurt her deeply; and she has been healed in her soul. Instead of her biological family, she feels she is a part of God’s family, something she never felt in her own family. Not long afterwards Soraya miraculously received residency. Since then she has studied theology through an on­line program at a university in England and is now working in a church where she is able to help large numbers of people find a new life, just as she witnessed in her dream many years ago. 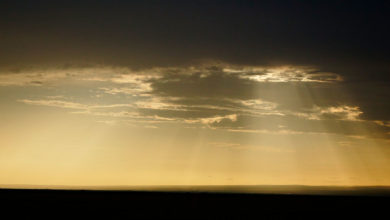 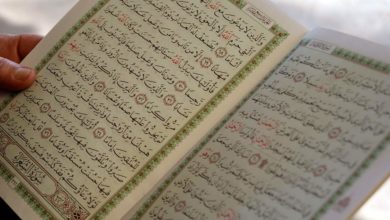 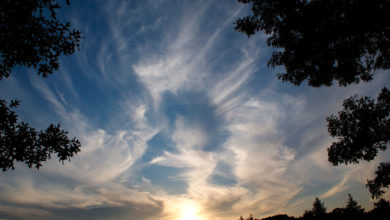